The day the earth stood still...

Some time after that conversation, we came across some pictures of some white fluffy puppies of a breed we didn't know about, they were Samoyeds, we never seen one before. We googled the breed and checked if we could find some puppies in Costa Rica and there, in the first page we found a family in Cartago that had Samoyed puppies that were looking for their forever homes.

We said, let's go just to see them and off we went, we never really thought about the consequences of that action. We got there and saw those white cotton balls, we fell in love completely and we decided right there on the spot to get one, without thinking about anything else, our hearts were stolen forever.

We brought home one of the loves of our lives that we named Sam, this is him the first day on his new home, he was two months old and he was the most beautiful puppy ever. 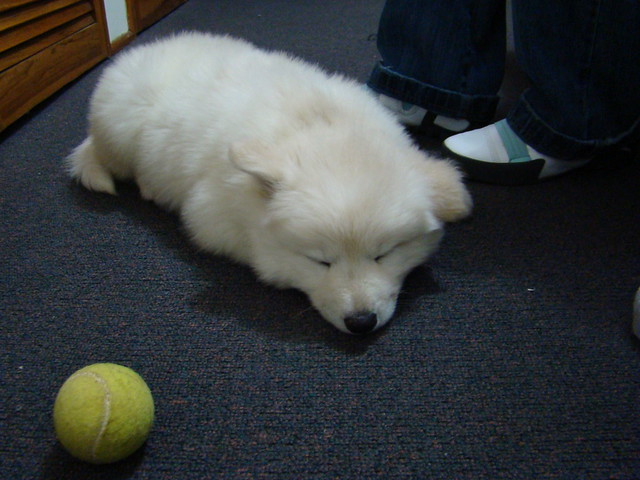 We introduced him to our families and as he did with us, he did with everybody else, he stole their hearts, he was one sweet little fluffy cotton ball. We used to take him to my Mom's house where he got to play in the yard with my Mom's puppy Chester, they played all day until they both got tired. He loved going there and running around in the yard. 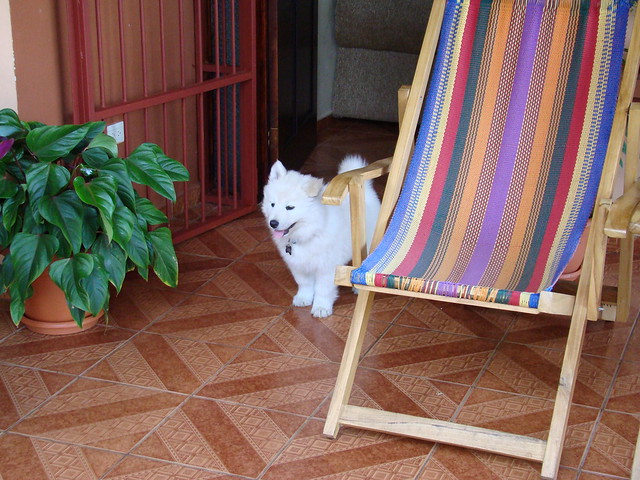 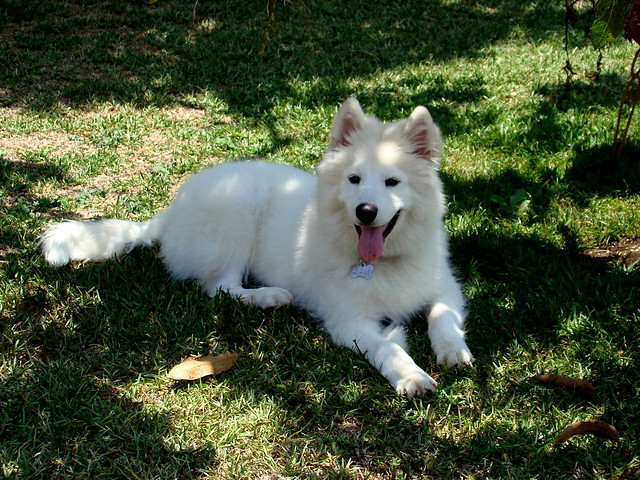 He also loved going to El Tec, for walks around the campus where he got the chance of meeting other dogs, because he was always super friendly, he always had time to play. 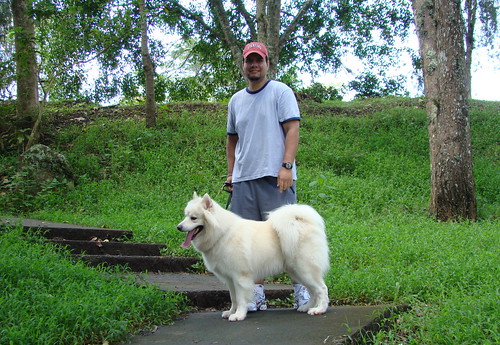 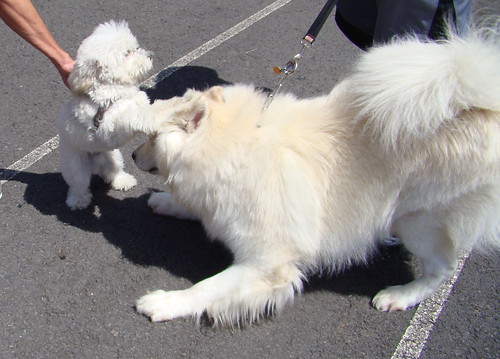 He loved his stuffed animals, he used to have a Pooh bear that I had to constantly fix, there was a point when we used to call him the Frankenpooh, but he loved it no matter what. He would take his stuffed bears on walks too, catching everybody's attention. 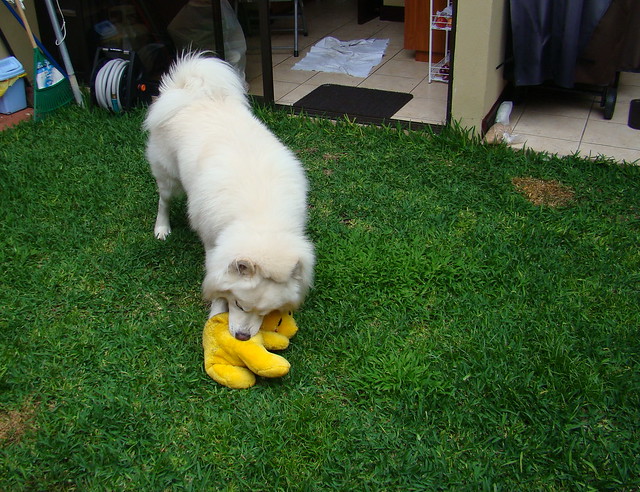 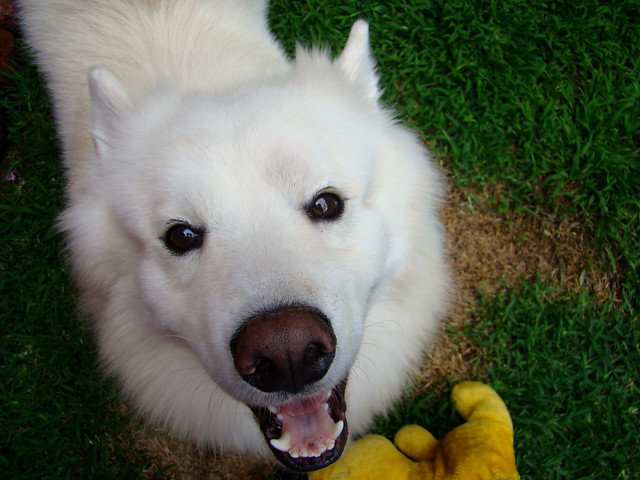 He loved spending time in our backyard, also playing with us on the bed, he was also very much used to his paparazzi Mom who could not stop taking pictures of him, so he learned how to pose. 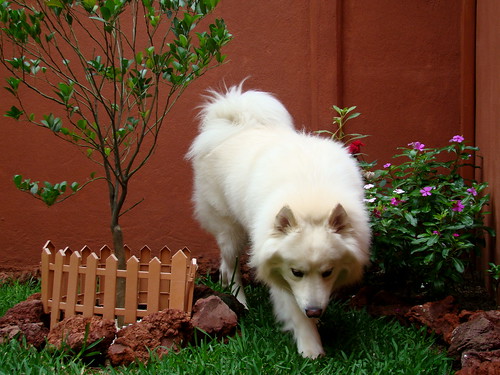 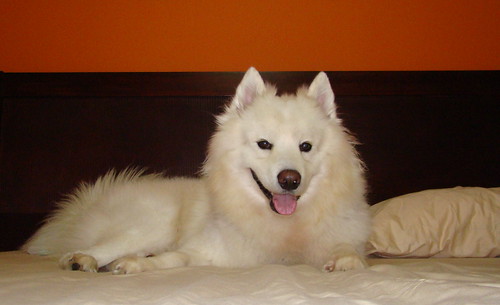 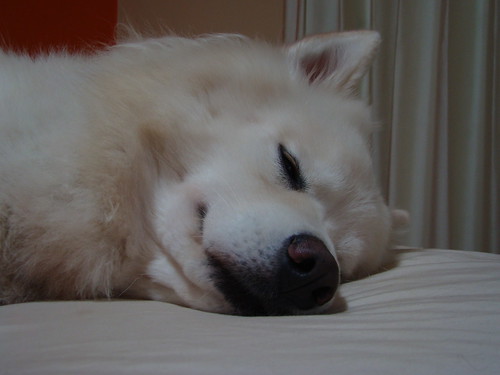 After four years of having him with us, we got the opportunity to move to California, we decided that we wouldn't go anywhere if we couldn't take him, he was part of our family, we couldn't leave him, no job or opportunity was worthy if you have to split your family. So, we did our research and found a way to bring him with us, we also made sure his life would be better here. We were very excited because here we could take him to more places, there were more dog parks, better day care places, more parks and trails where dogs are allowed, etc.

The day he traveled was a very stressful day for all because of all of the risks of taking a dog on a plane have, but he made it safe and we couldn't be happier to have him here with us. If you want to read more about that adventure, you can go here http://maricelquesada.blogspot.com/2012/02/bringing-sam-to-california.html 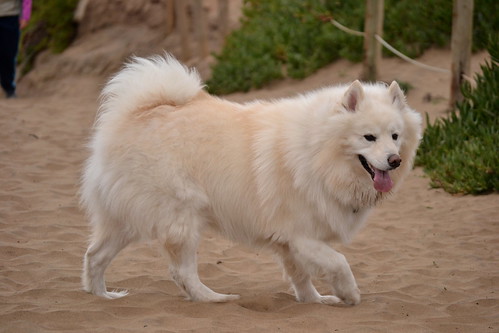 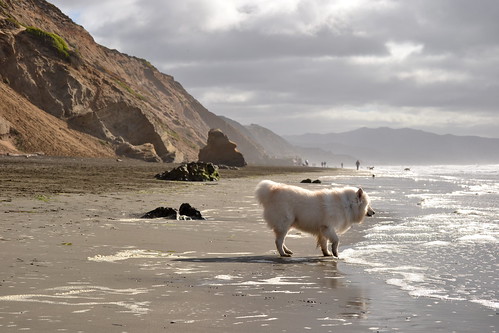 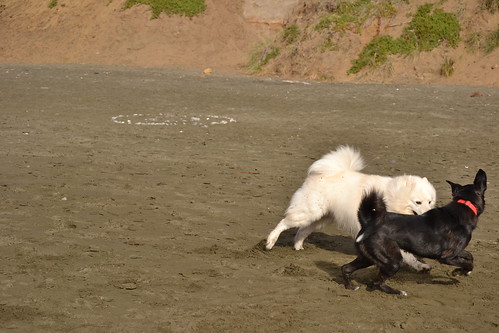 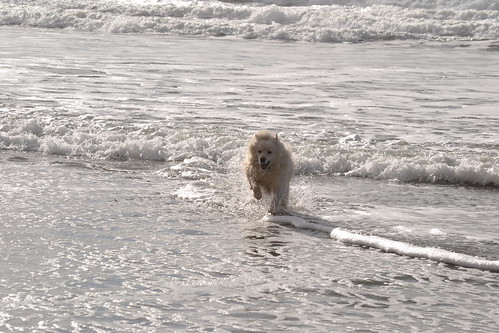 We took him to Tahoe, where he met Kalcite, Diem, Sophie and Vino, all Samoyeds like him, cute white fluffy friendly Samoyeds like him. In this trip he even got the chance to pull on a sled for the first time, he did it very naturally like if he has been doing it all his life. 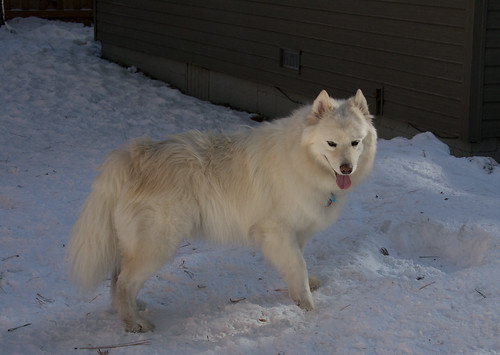 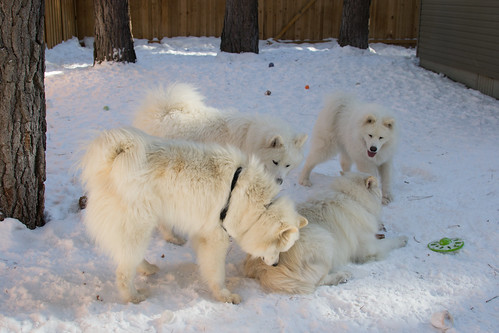 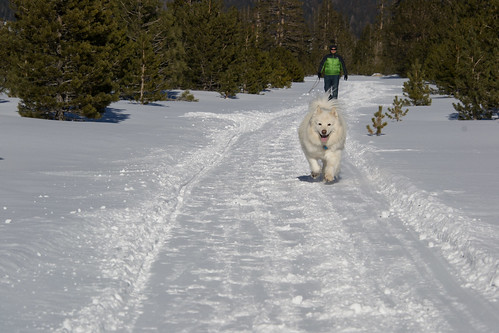 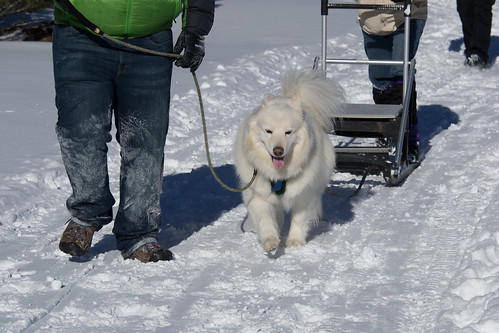 Around the Bay Area, some of his favorite places were Fort Funston, Point Isabel and the Palo Alto Baylands. However, as long as he was out walking around with us, he was happy, he loved exploring new places, meeting new dogs and people, car rides, any kind of adventure. Oh, he also enjoyed treats ... and digging some times! 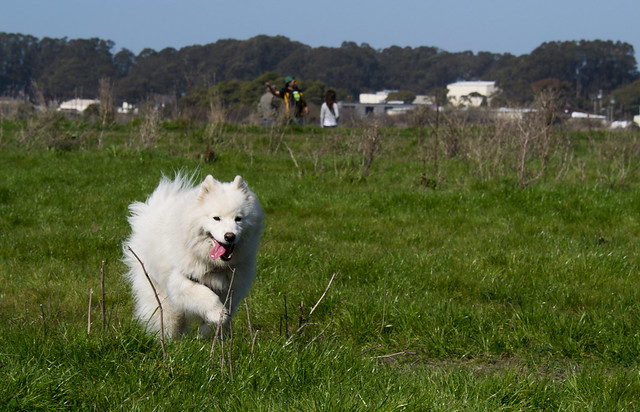 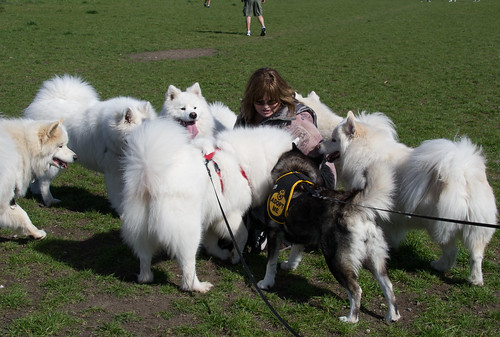 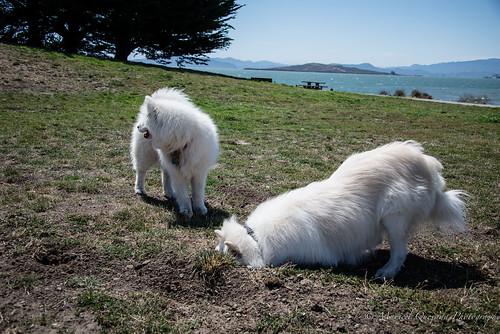 Something we loved to do for him was to take him to Tahoe, he enjoyed these trips so much, being able to run off-leash, swim in the lake, be outside all day, it was paradise. 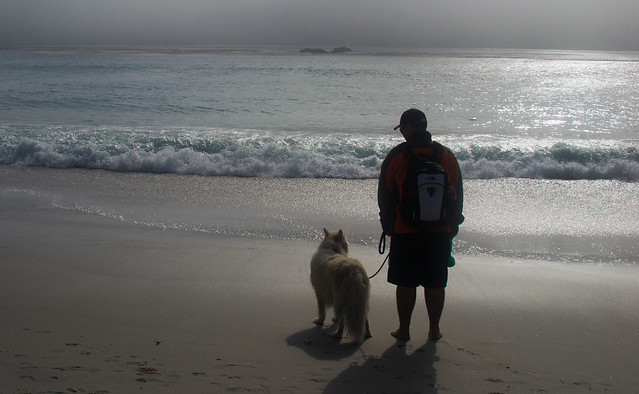 Sam gave us seven years of happiness, but today he crossed the rainbow bridge, today is the day when we felt like the earth stood still, when for a moment nothing seemed to make sense, he left us very sudden, everything happen so quickly, we couldn't believe it, we lost our best friend, our companion, the love of our lives. We will miss him so much every day.

Sam we will love you forever!!!